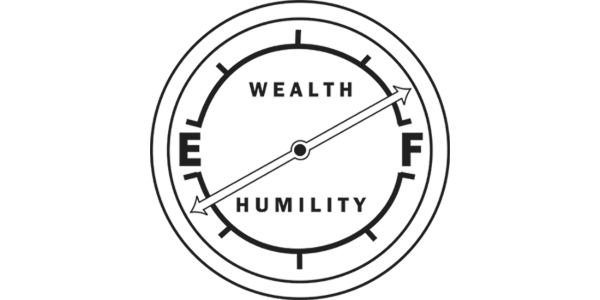 One of the most humiliating moments I ever experienced was during my second year of college when I was applying for financial aid. As I stood in line to speak with a counselor, I could occasionally hear other students' conversations with the counselors. I wondered if other students came from poor families like I did. I was embarrassed about my family's financial situation and hoped it wouldn't be made public that I my family was on welfare.

When my turn came to talk with a counselor, we reviewed my financial aid application, and she quickly focused on my family's annual income. She then raised her voice and explained that the information was 'incorrect!' She then proceeded to lecture me, in front of the other students in line, that there was 'no way your family lived an entire year with a combined total income of less than $7,300.' She said that there was 'obviously a mistake!' Embarrassed, I quietly whispered that my mom was on public assistance and the income amount was correct. She told me it was 'impossible' and dismissed me by telling me to come back when the application was corrected, as she couldn't accept it as it was.

A week later I returned to the financial aid line and requested the same counselor. When she motioned me over to her window, I asked if she remembered me. She said she did not. I was angry as I loudly explained to her that she had rejected me and my application the previous week due to my information being incorrect. I reminded her that she had told me that it was 'Impossible for anyone to live an entire year at this amount' and that there was 'obviously a mistake.' I presented her with the documentation supporting my application as correct. She could tell I was very upset. She seemed embarrassed with the other students and her coworkers hearing me yell at her. I told her that she was the one who was incorrect. She looked me in the eyes and apologized.

Several years later I was sitting at a stoplight. As I looked over at my wife, I saw a middle-aged pizza delivery employee sitting in his car. 'Look at that loser!' I said, snickering. Kindly, my wife asked me what I meant. I told her the man obviously wasn't very ambitious, being a middle-aged man delivering pizza. She asked me how I knew him. I told her that I didn't, but being a pizza delivery guy at such an old age he was obviously a loser. She asked, 'What if that's his second job, or third? What if he has children to take care of? If you don't know him how can you judge him?' I couldn't answer her. Truth be told, when I looked at the man in the car I couldn't help but feel I was looking into my past.

Shortly after, I realized I was no different than the financial aid counselor who had humiliated me years earlier. I was guilty in passing judgment on another based on what I perceived as 'lack of wealth.' Unfortunately, many people still act the same way I did.

To many success is attained by wealth, to others success is determined by the wealth within. It isn't money that defines you, but rather the person inside. We must look within to see someone's true worth.