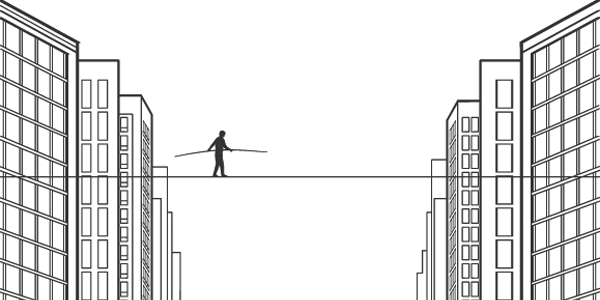 “The only thing that stands between a man and what he wants from life is often merely the will to try it and the faith to believe that it is possible.”

Most tightrope walkers perform their stunt with a safety net placed securely below them. However, there once was a tightrope walker who differentiated himself by walking between two 20-story buildings without a net. Spectators would watch him perform his breathtaking feat, walking from one building to the other. He appeared to walk the tightrope without much effort or concern. He would simply focus and place one step after the other.

During his second act, his assistant sat on his shoulders as he walked again. Amazed, everyone would give him a thunderous applause.

How easy is it for you and me to believe in others, but when we are asked to have faith in ourselves, we can't? What we see others achieve becomes impossible for us—when we lose faith. We all need to build faith in ourselves and others. We need to focus on our feats in life and place one step after the other on the tightrope of faith.