Music Amongst The Noise 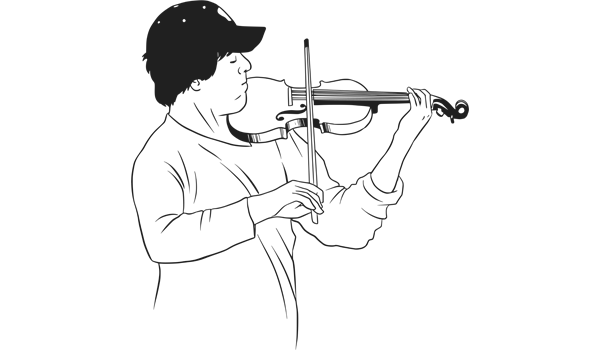 On a cold January morning in 2007 a young man in a casual long sleeved t-shirt and ball cap walked into a Metro station in Washington D.C. He didn't appear to be anything more than one of the numerous talented street peddlers throughout the city trying to earn a little money.

The man pulled out his violin and started playing. For 45 minutes he played six Bach pieces for the 2000 people that passed through the Metro during that time. Considering it was early in the morning most people were likely on their way to work. A few minutes after he started playing his violin, a man paused for a moment to watch the violinist before he turned and sped along.

A few minutes later, the young violinist received his first dollar from a woman, who never bothered to stop as she tossed the money into his open violin case. Soon after, another young man leaned against a wall to listen before glancing at his watch and moving on.

Then a three-year old boy stopped, but his mother hastily pushed him along. The boy was still interested and turned back to listen, but his mother continued moving him along. The boy never stopped watching the violinist as he faded away. After about 45 minutes the young violinist collected $32 from about twenty people, only six of whom stopped to listen for any length of time. As the violinist stopped playing, there was no applause. He packed his violin and left.

No one knew, but the young violinist, donning a dark shirt and ball cap, was Joshua Bell, one of the world's greatest musicians. He had just played one of the most intricate pieces ever written with a $3.5 million dollar violin. Two days before stepping into the Metro station Joshua Bell played to a sold-out theatre in Boston where people paid an average ticket price of $100 to listen to him play the exact same music.

Many of us are in such a hurry rushing through life we don't experience the amazing things that surround us. We all need to learn how to recognize the music amongst all the noise.