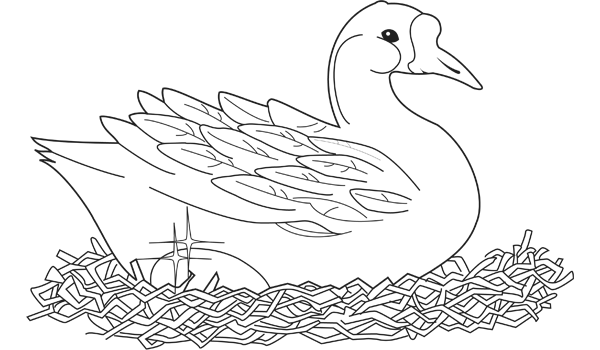 “The key to everything is patience. You get the chicken by hatching the egg, not smashing it.”

During the Great Depression there was an Oklahoma farmer who was about to lose his farm to the bank. All of his cattle had died due to sickness and his crops dried up, turned to dust and were blown away. All that remained was his goose.

The farmer felt he had no other option and went to the hen-house with the intention of killing and eating the goose. But, to his surprise when he grabbed the goose he saw a golden egg.

At first the farmer thought the egg was a practical joke and he threw it to the ground where it thumped and rolled like a rock. Curiously, the farmer picked the egg up and looked at it closely. He realized it wasn't a painted egg, and as his heart began to race he thought it just may have been a golden egg. With the new finding he decided to spare the goose's life at least one more day until he could find out if the egg was gold or not.

He went into town to have the egg appraised and found out that the egg was pure gold. The farmer raced home, only to find a second golden egg lying under the goose. Everyday for weeks he found a new golden egg, and soon the farmer was no longer poor. The farmer built a bigger house and an even bigger barn to keep all of his newly purchased possessions.

The farmer was now wealthy, but with all of his wealth he realized it was not enough. As rich as he became each day, he wanted more. He wanted to be richer and at a faster pace than one egg a day. So one day the farmer went to the hen-house grabbed the goose and cut it open so he could take all the eggs at the same time. But, when the farmer opened the goose he found no eggs.

The farmer destroyed his goose and never received another golden egg.

Many times, we ruin a good thing due to impatience. We are all surrounded by golden eggs, we just need to have the patience to receive the fortune.