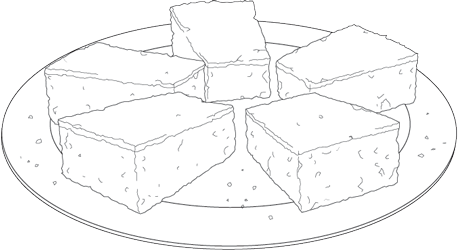 “Parents who are afraid to put their foot down usually have children who step on their toes.”

A father with teenagers had a strict rule that his children could only view movies that promoted clean and wholesome values. One day, his teens wanted to see a new movie that was playing at local theaters. The movie was gaining popularity, though it contained content that went directly against their father's rule, so the teens couldn't go see it.

The teens chatted with friends and members of their family's church to find out what was so offensive in the movie. The teens made a list of pros and cons about the movie to use to convince their dad that they should be allowed to see it. The cons: only three swear words, the only violence was a building exploding ('you see that on TV all the time' they said), and there were no scenes with anyone acting inappropriately—it was just implied off camera. The pros: it was a popular movie—a major blockbuster.

The teens longed to see the movie, so they could discuss it with their friends. It was filled with amazing special effects, a brilliant storyline, and some of Hollywood's most talented stars. When the teens heard from their fellow churchgoers that it was a decent film, something everyone should see, they approached their father to seek his permission for them to see it.

The father looked at the list and thought for a few minutes. Knowing his kids had put time and effort into the list, the father asked for a day to think about it. The teens were thrilled, thinking that their argument was far too good for their father to reject.

The next evening the father called his teenagers into the kitchen table, where a heaping plate of delicious looking brownies sat. The teens were puzzled. The father told his children he had thought about their request and had decided that if they would eat a brownie then he would allow them go to the movie. But just like the movie, the brownies had pros and cons.

The pros: they were made with the finest chocolate, nuts, and other tasty ingredients; they were moist and fresh with wonderful frosting. He had made these fantastic brownies using an award-winning recipe, not to mention the love he poured into it!.

Now when his teenagers ask permission to do something he is opposed to, the father just asks, with a smile, 'Would you like me to whip up a batch of my special brownies?'