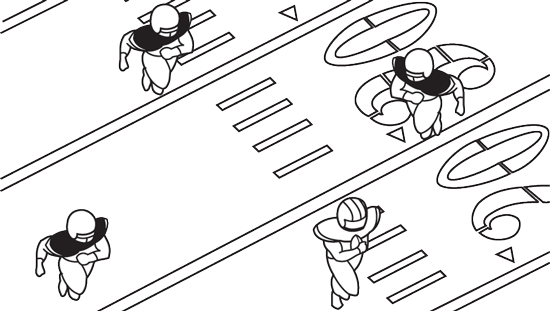 “Determination, energy, and courage appear spontaneously when we care deeply about something.”

Lou Little was a famous football coach at Columbia University in New York from 1930 to 1956. He led Columbia to a victory in the 1934 Rose Bowl over Stanford University.

But first, Lou Little coached at Georgetown University from 1924 to 1929. While there, he coached a young man who had all the physical abilities, but not the athletic talent needed to be a starter. He worked with the boy every day, but the young man showed no improvement. Despite this, the young man continued to work harder, maintaining a good attitude and spirit regardless.

A couple of days before his final game at Georgetown, the young man's father had died, and Coach Little told the young man how sorry he was for his loss and that the he should go home to be with his family. You can imagine Little's surprise when he got to the locker room the day of the game and found the young man sitting there begging the coach to let him play in the game.

'Son, you have never been a starter,' Little told him. 'This is the championship game. I cannot take that kind of risk today.'

'Coach, I have to do this for my father,' the young man pleaded. 'Just put me in for the first play and then you can take me out of the game.'

Little finally gave in. How could he not trust his player, just this once? So he put the young man in the starting lineup, who ran down the field to cover the game's opening kickoff. He tackled the player returning the kick so hard he nearly knocked him into the first row of seats. After the play was over the young man, as promised, ran to the sideline knowing he successfully completed the one play the coach promised. Instead Coach Little motioned to the young man to stay in the game.

The young man played the rest of the game, leading the team in tackles and helping Georgetown win the conference championship.

After the game, Little pulled the young man aside, 'Son, where in the world did that come from?' He asked him. 'You've never played like that before. You've never shown that much desire in four years.'

When even faced with hard times, if we are determined, we can do anything.