A Wolf In Sheep’s Clothing 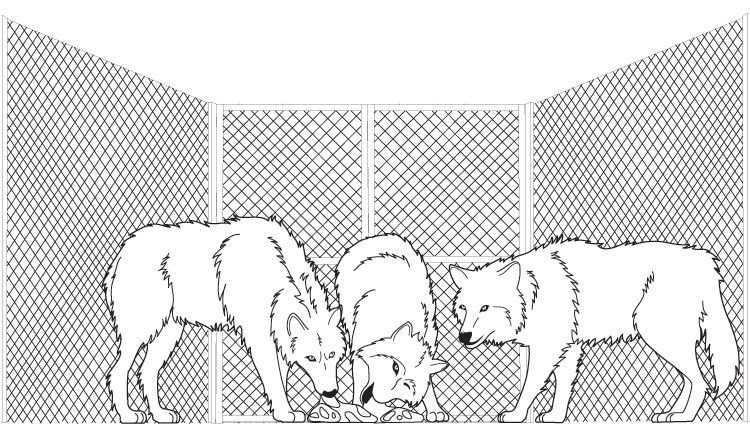 “He that makes himself a sheep shall be eaten by a wolf.”

A sheep rancher was slowly losing his herd (and livelihood) due to a pack of ravenous, gray wolves. At night, the pack would leave the surrounding mountains, sneak up to his ranch and quietly kill and eat a few of his sheep. However, as a protected species, the rancher was unable to harm the wolves—even at the expense of his herd. But what was the rancher to do? He decided that the only way he could protect his herd of sheep and abide by the law, was to become a 'wolf in sheep's clothing.'

To accomplish this, he created a feeding area where he provided fresh, raw meat. The feeding area was located in the middle of a big empty field that the gray wolves crossed to reach his ranch. At first, the pack of wolves was apprehensive, but ultimately they gave in and devoured the fresh, raw meat.

During the day, the rancher put up fence posts surrounding the feeding area. He then placed fencing around three of the four sides. The wolves were so focused on the delicious meat that they didn't notice what was going on around them.

Finally, the rancher installed a couple of large gates on the remaining open side, which he left open at night to feed the pack. The greedy wolves became so engrossed with the meat, that they didn't notice when the rancher quietly 'snuck-up' on them and closed the gates, trapping them within. As a wolf in sheep's clothing, the rancher successfully trapped the pack of ravenous, gray wolves without harming them. Finally, his herd of sheep was safe.

Habits are easily developed but difficult to get rid of. Don't become so comfortable with developing bad habits that you become trapped.